The Metropolitan Police has come under fire after it emerged Richard Branson’s Virgin company paid the Met  police £5,060 towards carrying out an investigation involving Virgin’s TV boxes. 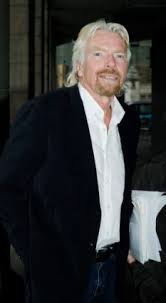 After the convictions of 3 defendants in a recent fraud case, it became apparent that Virgin Media paid the police for overtime to conduct raids in east London. The police raids aimed to prove that viewers were using Virgin television boxes without paying for the channels they were watching. The scam would have potentially allowed thousands of viewers to avoid paying fees, costing Virgin millions of pounds.

The issue here, is not whether fraud was being committed by these individuals, but whether it is correct for investigations conducted by the Metropolitan police to be funded by private corporations, who have a direct interest in the operation. The raids were clearly not a priority in terms of the gravity of the crime, therefore the attention given to the case appears to have been induced by money rather than importance. The police raids, which were carried out in east London in 2008, netted 5,000 set-top boxes and £90,000 in cash. Three men were convicted and imprisoned as a result. However, one of the men is now seeking to quash his conviction on the grounds that the police only investigated him because of the money offered by Virgin.

The private work of public services, at a time when public services are already stretched, is alarming. How common are such practices in the Met police?  This information has come to light at a difficult time for the Met police, which has been facing widespread criticism for its handling of the riots and its role in the recent bribery scandal involving Sun journalists. The cuts to the police force are most likely going to stretch their capacity further, and these practices could be harmful by taking away from the high demand for policing across London. Jenny Jones, Green Party mayoral candidate and member in the London Assembly, voiced her concerns on the issue:

“It’s like private policing and I am really shocked that somebody thought this was OK. The police should not accept huge payments from wealthy companies to investigate crimes on their behalf.”

She added that this kind of practice could have a detrimental effect on the role taken by the Met Police in tackling serious crime.

“It means such paid work could take priority over murder, rape or child abuse cases, which would distort the Met’s priorities for London.”

Ms Jones stated that she will raise the issue with the Met Commissioner and the deputy mayor for policing.

A Virgin Media spokeswoman said that the joint operation between Virgin Media and the Metropolitan Police, was in accordance with the Police Act 1996. She also claimed that details of the arrangement were fully disclosed in court. The written agreement Between the police authority and Virgin, also guaranteed the Met a ‘cash donation.’ This would amount to 25 per cent of any compensation awarded to Virgin, following a successful conviction over the fraud.

Civil rights groups have accused the police of being selective in their treatment of victims of crime. Shami Chakrabarti, director of Liberty, said:

“Times may be tough but that’s no excuse for turning the police into hired guns for those wealthy enough to pursue crimes against them.”

She added that being motivated by money could affect the way that police prioritise their actions in terms of payment and neglect those in need.

“Taking a percentage of a victim’s remuneration is bad enough but even worse is the thought of those in greatest need of protection being turned away in favour of those who can afford to pay.”

As a public service, should it be possible to hire the police for carrying out investigations on behalf of large companies? These practises open the door for murky behaviour by a service that should serve the public interest and uphold the law. It seems to go against the principles of transparency if you can hire the police, in the same way that companies hire mercenaries in failed states, to act on your behalf provided you can pay them. The police must be entirely independent from the influence of private enterprise, in order to sufficiently uphold the law. The police work to protect the public and keep a degree of order, they are not to be used as cheap labour that carry out specific assignments in the interest of and funded by private corporations.

Sentenced for looting? What about corporate fraud?

The sentencing of rioters this summer appeared to be  harsh, disproportionate and policy driven. The government tried to influence sentencing and the judiciary went along with it, handing down long sentences for crimes that would normally barely even reach the court. The damage caused by the riots, especially to small businesses, came at a high cost. The government and the public wanted there to be a consequence for all those involved. The courts proceeded to make an example of those who had looted goods, by giving them prison sentences of up to several years.

Andrew Wetherall outside the court with his wife, who due to her expensive tastes, he claims he committed fraud for

There was a father of two jailed for 18 months for stealing a flat screen tv, a 19 year old was sentenced to 2 years in a young offenders institution for drinking stolen champagne and picking up a pair of stolen trainers, and then the case of the 6 month sentence for stolen water from Lidl. What about ex Labour minister Elliot Morley? He was freed last year after serving only a quarter of his 16 month sentence for claiming 30,000 pounds in expenses. While Andrew Wetherall, the director of KPMG who stole 500,000 pounds by fiddling his expense claims. He was sentenced to 4 years, for a crime that vastly outweighs the cost of a flatscreen tv. The theft of the damage caused by the riots is not insignificant or justifiable, but a custodial sentence is in my opinion highly unsuitable for most of those involved in the riots (community service and restorative justice would be much more helpful in rebuilding communities). It is also completely inconsistent with the large scale theft committed by individuals in government or in charge of running large corporations.

Although figures show that the majority of those arrested for theft last summer were not in fact children, the rioters were still overwhelmingly young people. The media were quick to once again demonize the British youth, even last week there was debate about the discipline of children and whether restrictions on smacking children should be lifted. However, the public seems to ignore the great examples being set by adults in the form of fraudulent businessmen, MP’s and executives of large corporations. These individuals are portrayed in a completely different light to those who stole a tv, a pair of trainers or a bottle of water last summer. 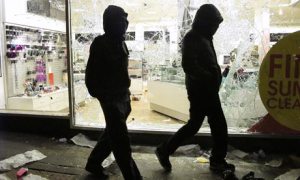 Combined with the lack of prospects, how will the next generation gain respect for our society when those at the top are regularly looting assets to lead lavish lifestyles. When young people see the anarchic behaviour of the rich and the often mild consequences of this behaviour if any, how can we expect them to develop different values? Many people who got caught up in the moment and took part in the chaos, behaved as if it was their right to appropriate goods e.g. a pair of trainers, even trying them on before leaving the ransacked shop. The public were shocked by these details, but how is this different, in fact it is hardly comparable to the behaviour of  Bill Godley, Andrew Wetherall, Elliot Morley, Lord Taylor or the cases of Alstom, BAE etc… The recent corporate fraud cases are too numerous to name.

I’m not condoning stealing, but why is corporate fraud treated like a relatively harmless and victimless crime? On the UK’s Fraud Prevention Service (CIFAS) website, the Chief Executive, Peter Hurst states that although violent/aggravated burglary and scams are different crimes, their consequences are often the same. There are many different fraud cases and many different types theft, but the money stolen is also money lost by others. Those sentenced for looting or theft took goods as if they were entitled to it, just like those who have committed fraud. If judges are quick to make examples of those who looted during the summer riots, why are they not applying the same tactic to those who commit corporate fraud?