Posted on January 28, 2012 | Leave a comment
When Nicolas Bratza, the head of the European Court of Human Rights (ECtHR), released the figures for ruling against states in 2011 last week, Turkey was again the country with the highest number of violations of the European Convention on Human Rights (ECHR). With 159 cases that violated the ECHR, this is the 3rd year in a row Turkey has been at the top of the list, painting a dim picture of Turkey’s human rights record. Russia (with 121 cases) and the Ukraine (105) were not lagging far behind. Britain fared comparably well with only 8 violations. However David Cameron’s comments earlier in the week stating that the ECtHR was in danger of becoming a “small claims court”, were not so well received by the Strasbourg based court. 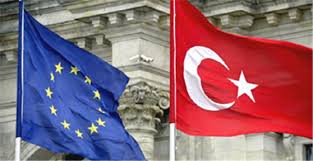 Despite not being an EU Member State, the ECHR, drafted in 1950, places Turkey under the jurisdiction of the ECtHR. Although Turkey signed the protocols of the convention, it has yet to ratify a number of them. Nevertheless, in 1987 Turkey started allowing individuals to file applications and apply to the ECtHR individually, 3 years later it also recognised the compulsory jurisdiction of the court.
The majority of Turkey’s violations concerned the length of proceedings and the right to a fair trial set out by Article 6 of the ECHR. There are currently 16,000 ongoing cases against Turkey, the second-highest number of cases filed against a country under the ECtHR’s jurisdiction. The Turkish government claims it has made considerable progress in improving the human rights situation in the country. Justice Minister Sedat Ergin stated that a series of reforms had been adopted in recent years and insisted that similar legal amendments will continue to improve Turkey’s human rights record. Last year, after a public referendum a number of constitutional reforms were implemented, many relating to the judiciary. These reforms introduced the right to petition the Constitutional Court for human rights violations and established the Ombudsman Office for grievances regarding the misconduct of government agencies and employees.